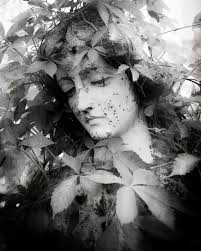 My feeling is that if it were never to happen again, the power of the experience could permanently affect the attitude toward life.  A single glimpse of heaven is enough to confirm its existence even if it is never experienced again.

The following experiences shared by study participants reveal some of the many and diverse experiences reported regarding their  after-death contact as well as some insights gained from the experience. I view it as a window through which one can look to see a vast universe of nonmaterial reality which is serving to guide, instruct and educate. You may view it differently. The voices may speak of things unknown to you and of things perhaps unclear to you, but they all sing the song of the lived experience of death, grief and reunion.

Marie:  I think that death must be like birth really. Frequently painful, not always but frequently traumatic, distressing for all concerned, those who are standing around and those who are enduring it. But once you go through that birth canal, then there’s a whole new life of experience waiting for you.

Catrina:  I suppose what it’s done is essentially show me that death is not the end of the line so to speak. That there is an energy or something that can overcome the physical death of someone, which I suppose in a way has made the thought of death not as scary maybe, to think that there is a possibility of something else.

Trudie:  So you know that you’re on a journey from now on. That journey has been affected by the person you’ve lost and it’s been started, and you’re going to have to go with it I think. And I know it’s not going to be necessarily that easy and there’s going to be some things coming up for sure that are going to be pretty difficult. But I feel like you’re on a track and you’re being guided really, and you can’t predict what it’s going to be.

Bob:  And I was outside having a bit of a weep, I had the wine, and on our back veranda, like a back patio, and I was standing there at the left-hand end and I was standing with my hand on my hip and I was like that, and I was having a weep. And Sammie stood beside me, put her arm through mine and said, it’s all right grandpa, it’s all right grandpa. And I turned around and she disappeared. I remember I had another mouthful of wine and thought, I’m dreaming. I wasn’t dreaming.

Jill:   Before the dream I couldn’t see any way to move forward. I couldn’t see my life without Bob and I didn’t want a life without Bob. I could have willingly curled up into a little ball, into a hole and wished that I was wherever he was. So I think in a way it was saying to me that you can do this, it won’t be easy but you will get through this. It’s not your time, we have things to do together. Things we didn’t get to do before. It will be different but he will be there with me.

James:  But that evening it was so clear. I was sleeping in bed and he stood by, he was there and I woke up and I said to him, “hey, why the hell did you leave me?” I said, “why did you die, why did you pass away, I mean why?” And he said, “time’s up, what can I do, time’s up, that’s it”. And I said, “so what about the things, the plans and everything that we’ve been talking about”, and he said, “time’s up James, I mean you can’t do much any more, you can’t do much anymore”.

Gary:   So driving between Galway and Cavan I felt her presence in the motor car and I smelt her Estee Lauder Youth Dew perfume. She didn’t speak, I didn’t see her, I just knew she was there, I just felt her and there was a buzz in the air in the car like electricity or something … and she came again, it [the experience] came again. I got the same pixilation feeling, this buzz … she didn’t speak, I didn’t see her, the sun didn’t dance, the earth didn’t shake, I just felt her again, strongly. Just so strong it was unmistakable. And that on top of it, like twenty-two years ago, it was exactly the same feeling.

Jennifer:   One is that, and in terms of helping me with my grief, some sense of eternity … what I realise now is that five, ten, fifteen, twenty, thirty years, fifty years in between now and me being reunited with her, it’s not even a blink of an eye … now I have a sense that I’m sort of being pushed and helped and assisted and my eyes are being opened and it’s stuff that I’ve had a sense of and an understanding of earlier, but this now is really much clearer to me.

Michelle:   All of a sudden I felt something on my shoulders, like a pressure. And I was pushed across the road, that’s how I can explain it, into this little community, like this little cottage, and it had, “community” and I didn’t know what it was I’d never really taken that much notice, I didn’t know what went on in there … and, I went inside … I was pushed inside, and I stood near this desk and I just said, “is there anybody I can talk to?”

John:   I was just lying in bed, and I felt a pair of arms come round and cuddle me … Yeah, and my mind was saying it’s not happening, but it was so real, I could feel her.John

Therese:  Well, my faith tells me that our spirit our life-force our energy goes to a better place which we refer to as heaven. Based on all the things that have happened to me, if I didn’t believe, I am now a believer. I believe that this place, it’s called heaven, is another world and that our souls, our spirit our energy our life-force has a better life in this place. We are not as we are here. We enjoy eternal life. We don’t die because we’ve already died.

Richard:   I was shaving. Shaving at the beginning of the day … there’s sometimes days you look forward too and sometimes days you don’t. That particular starting of the day is, I think for lots of people, it’s where the demons gather or the angels gather. The beginning of the day is where the thought of what’s ahead can impress. And there was just this experience of her smiling, and she didn’t say these words, but it was something like, it’ll be okay. That was the message, it’ll be okay.